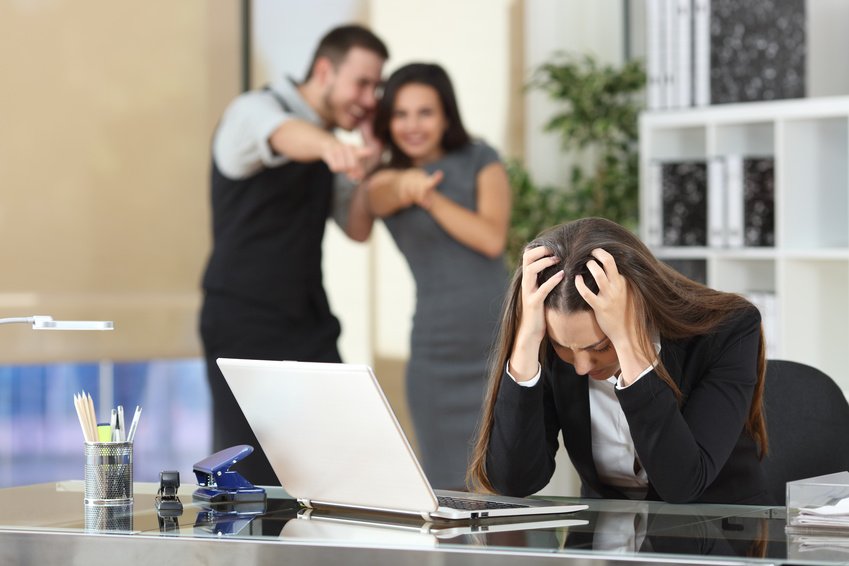 The violence exerted in a confined space with such intensity and frequency seems to defy all logic and reason.  The truth is that Reality Shows mirror society on the small screen. Incredible though it may seem, the practice of workplace bullying is reflected on TV reality shows. The intensity of – mostly verbal – violence exerted on the contestants by their fellow contestants and/or the panel of judges is, in most cases, unthinkable. We, the viewers, watch people – mostly young people who are pursuing their dream- being publicly humiliated and bullied in front of our eyes. The attitudes and actions that are exhibited inevitably remind us of our workplace. As we have all witnessed similar behaviors and actions that target colleagues or even ourselves, we tend – at a conscious or unconscious level – to relate to the contestants’ plight. We feel sympathy and pity for the contestants who are facing bullying and vote against the bullies so that they leave the show. The prize for the winner of the show, as well as the fame and popularity that the contestants aspire to, are, in essence, the incentive that drives both the bullies and the targets of workplace bullying. In reality shows, the protagonists are not actors. They are ordinary people just like the people who work in the private or public sector. Evidently, there is self-interest and deviousness behind the violence exhibited. Some critics of reality shows claim that the contestants are people who have nothing to do with their lives. Although we cannot be aware of the contestants’ true incentives, we have to admit that they are not doing anything illegal or immoral. Participating in a reality show may be their only chance of survival. Just like us, they are people who don’t come from the same backgrounds, nor have the same skills, talents, qualifications or access to material things that other people take for granted. The fact is that the prevailing feeling experienced by contestants is fear: The fear of losing the edge over others, the fear of confronting equally or more competent players who may win the game…Just as it happens in the workplace, fear can turn a person into a bully. It is also worth noting that in reality shows that include a panel of judges, the latter tend to address the contestants in a way that reflects verbal violence – one of the most common types of workplace bullying. The judges may exhibit offensive behavior, contempt and irony towards the contestants when they point out that the latter will never make it or become successful in ‘real life’ if they don’t listen to the judges or follow their advice. These acts of violence are meant to ‘break’ the participants and humiliate them for no obvious reason. When judges scold and threaten contestants on the pretext of trying to show them how to be a ‘success’, they make intimidation look like something normal and acceptable. Unfortunately, this is also the case as far as workplace bullying is concerned. In reality shows where contestants are voted by viewers, various forms of intimidation are also in evidence. These include the dissemination of fake news as well as humiliation and belittlement of the targeted participant, to name but a few. Let’s consider the case of a team that targets a fellow player and refuses to give him/her food. Isn’t it a blatant act of bullying? Is it acceptable for any human being to be punished so harshly when they are just playing a game? What is even more alarming is that the team have decided unanimously to deprive the targeted player of food. This, in itself, is proof that the bully is always supported by other people. It is certainly disconcerting that the team did not just vote against the targeted player but actually chose to deprive him/her of food. This is a type of punishment witnessed in times of war, in total disregard of fundamental human rights. Just as it happens in incidents of workplace bullying, the techniques being used by the bullies inevitably force the ‘weak link’ to resign. Of course, in the workplace there are no viewers who can vote for or against you. That’s why employees find themselves in a more serious predicament. It is critical that employees realize that workplace bulling can be prevented and managed only if they are willing to address it and know the way that this can be achieved. At the same time, companies and organizations have to lay down rules and procedures that can protect their personnel from workplace bullying. If they fail to do so, their healthy corporate ecosystem, social responsibility and reputation will be at stake. Of course, the establishment of rules and procedures alone does not suffice. Great care and effort are required to see that the rules are properly implemented. The first Nationwide Survey on Workplace Bullying that we have conducted will help you see more clearly the different types of workplace bullying.