MRK Consulting permits the use of the results of the 1st Nationwide survey on “WORKPLACE BULLYING, MOBBINGin GREECE” for informational, research, academic and journalistic purposes only. 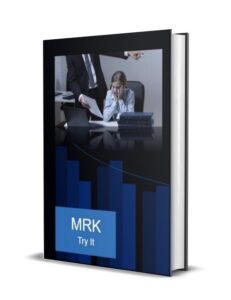 Detailed results of the nationwide research into workplace bullying.

After an economic crisis that lasted almost 10 years and an ongoing health crisis with unknown consequences for the economy and employment, work environments in Greece seem to be in disarray, as indicated by the frequency and severity of workplace bullying.

Workplace bullying, mobbingis by no means a new phenomenon. Mobbing, moral or psychological harassment at work – otherwise known as workplace bullying – is fueled by crises outside or inside the company / organization, manifested by repetitive actions that can worsen the working conditions of targeted employees, threaten their professional development, infringe on their rights and dignity and deteriorate their physical or mental health.

Allies of workplace bullying, mobbing are fear, introversion and the conviction that the problem cannot be tackled.

85% of respondents to the social survey conducted by Kappa Research for MRK Consulting which specializes in the Prevention and Management of Workplace Bullying, mobbing, Stress, Burnout and its founder, Ioannis Marketοs, consider that workplace bullying is so widespread in Greece that it has become a serious social problem.

The question, therefore, is not how many workers are being bullied at work, but how soon any given employee will be targeted. Recent allegations of bullying made by celebrities, including extreme cases of sexual violence, have brought to the fore the phenomenon of workplace bullying, mobbing verbal violence, physical, psychological and sexual abuse.

Workplace bullying, mobbing is not restricted to the entertainment industry. These phenomena appear in different economic sectors with alarming rates: Tourism-Food & Beverage industry (44%), Commerce-Retail (43%) and Healthcare (42%). Other sectors follow with high rates as well.

The reception of the Greek #metoo movement was so warm that: 55% of the respondents feel hopeful. The movement started in the wake of a hurricane that started with reports of sexual abuse in the workplace in the Greek entertainment industry.

The results of the survey show that 3% of respondents have faced or have been aware of sexual abuse in their workplace. 7% received a proposal of sexual content as a prerequisite for professional advancement and 10% have received comments of sexual content.

The general public is not unaware of the problem: 85% of respondents know – even superficially – what work bullying is, 63% have heard at some point in their career about a colleague who was targeted in the workplace, 52% have witnessed these phenomena, 47% are aware of a case in which the physical or mental health of a targeted employee was affected and 39% know of a colleague who was forced to resign after being unable to cope with the situation.

However, the fact that almost four out of ten employees (38%) state that they have been bullied at some point in their career is alarming in itself.

In addition, within this 38%, one in five victims of bullying (21%) states that, today, systematic bullying behavior against them is ongoing. It is also very important to state that bullies often do not act alone but are supported by a group of colleagues (in 43% of cases). This justifies the fact that the person who has been targeted gets trapped in his/her work environment

Those who have been targeted have suffered, mainly, verbal assault / violence (79%), deliberate degradation of their work (65%) spreading of rumors and / or negative comments behind their backs (54%). They have also suffered deliberate exclusion from groups (30%), public humiliation / shaming (for their work or personal issues (28%), non-verbal violence through text messages, contemptuous facial expressions or grimaces (20%), extroverted but implicit / passive aggression (18%), sexual harassment (12%), exclusion from corporate social functios (11%), physical violence (8%) and cyberbullying (5%).

Harassment behaviors were suffered by those who were targeted and experienced systematic work bullying for a long period of time that lasted – on average – from 15 months to 2 years.

Potential targets of workplace bullying, mobbing include employees who experience professional insecurity, women, part-time workers, employees with low annual incomes (<12,000eu), currently unemployed individuals and those who have no family or companions to support them.

As shown in the survey, the public sector also shows high levels of workplace bullying, mobbing (32%) compared to (44%) the private sector

As regards the profile of bullies, the vast majority of them are supervisors/ directors (87%) and less so colleagues (29%), mostly men (54%), but also women. Although the latter are most often targeted, in 46% of cases of workplace bullying, mobbing a woman bully was involved. What is noteworthy is the percentage (9%) of bullying coming from a client or citizen towards the employee. In this case, workplace bullying does not necessarily occur from the same customer or citizen but it is the pattern and the perception that the “customer is always right” that is perpetuated.

Workplace bullying has grave consequences on the work of the targeted employees including a tendency to resign (78%), deliberate absenteeism * (67%) and low self-esteem (52%),

Effects on their family life include the displacement of the problem to their home (79%) and emotional outbursts towards other members of the household (59%),

Effects on their social life include an obsession with the problem (72%) and social isolation (36%),

Targeted employees share their problem with friends and relatives (38%), companions (36%) and colleagues (31%). 36% of victims tell their bullies to stop harassing them and 27% inform their company about the incident. However, 38% of victims claim that they receive no help, 37% get support from their companions, 29% from friends and relatives and 28% from colleagues.

At the same time, the management of an organization or company does not seem to take any measures to address work-related bullying (70%) despite current trends of corporate responsibility and sustainability. 7% of companies that have taken steps to deal with the problem have been unable to resolve it. It is possible that incidents of workplace bullying are mistakenly regarded as inevitable tensions that emerge in every workplace and do not have to be addressed. In 70% of cases, no measure was taken for the prevention of similar phenomena in the future and in 73% of cases, the bullies were not punished in any way. These findings point to the absence of statutory and holistic ways to resolve the problem. When workplace bullying, mobbing is not addressed, companies also suffer consequences. 75% of employees who have faced workplace bullying, mobbing discourage other potential employees from applying for a position in this company.

Inevitably, the reputation of the company in the job market will be affected:

Another interesting finding is that 67% of employees who have experienced workplace bullying, mobbing exhibit high rates of absenteeism from work.

The combination of factors (absence of effective measures, resignations, employees’ poor health [47%], employees driven to dismissal or resignation [39%] due to workplace bullying, mobbing ) has an adverse effect on the corporate ecosystem and sustainability as companies lose dissatisfied members of staff and find it difficult to recruit new personnel. It is the time that companies (43%) are called to take steps to deal with the phenomenon of workplace bullying.

According to the survey, the percentages of employees who have been targeted are alarming and there is no guarantee that someone who hasn’t experienced workplace bullying yet will not be targeted at some point in their future career.

The phenomenon of workplace bullying, mobbing can be addressed. Along with the rules that have to be introduced, we have to be willing to adhere to them. The state, the companies and the organizations have to lay down the rules, the procedures and the policies that are required. However, it is essential that employees realize that they can prevent and manage workplace bullying, mobbing at an individual level.

Since 2017, MRK Consulting has specialized in the prevention and management of workplace bullying, mobbing, stress and burnout.